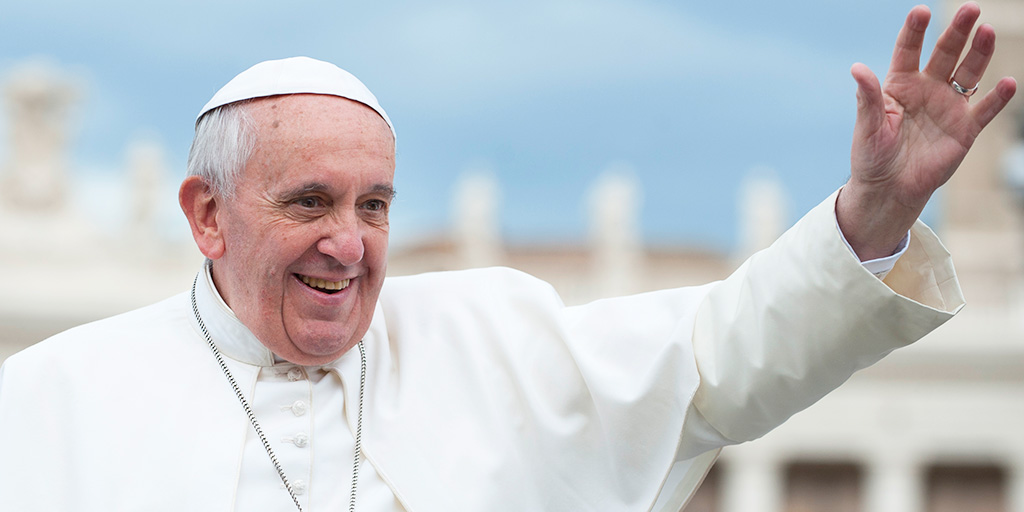 First Time a Sitting Pope has Visited Cartagena since 1985

Pope Francis recently completed his historic visit to Cartagena and his message of peace and tolerance was well-received by the faithful who flocked to this Caribbean hotspot and center for Catholicism in Colombia. This was the first time a sitting Pope has visited Cartagena since 1985 and thousands of locals and visitors alike came to this gorgeous vacation destination to hear His Eminence speak.

However, his visit did hit a few bumps in the road—literally. As The Pope Mobile was travelling to the Iglesia San Pedro Claver (where the Pope was to give a public address) it braked suddenly. The Pope was tossed forward and bumped his head—leaving him with a black eye. But this man of tremendous service (who has been known in the past to disguise himself and walk among his people unnoticed) wasn’t about to let a little bruise keep him from ministering to his flock.
He treated the wound with a little ice and then was on his way again.

The Pope’s Faithful Audience in Cartagena

Multiple studies suggest that anywhere between 70% and 79% of all Colombians are Catholic with that percentage rising to 90% or more in certain regions around the country. That’s not hard to understand when you know the history of Colombia. It was once one of the richest and most influential regions within the vast Spanish Empire and that overwhelming influence has remained to this very day. You can see it in the amazing Spanish Colonial architecture (including in original buildings in Cartagena that have stood for hundreds of years) and in the devotion to The Pope, the Catholic Church, and the saints which are venerated around Cartagena in places like the Iglesio San Pedro Claver.

The Pope’s most-watched public addressed was hosted at Iglesio San Pedro Claver in the heart of Cartagena’s Old City. This awe-inspiring church features vaulted ceiling and gorgeous stained glass but also houses many religious relics including the actual bones of a Colonial Era saint. The Pope paused for a moment to pray before these holy relics then addressed his audience, using the story of San Pedro Claver to illustrate how the kindness of one person can change the lives of thousands.

San Pedro Claver was a Jesuit who came to Cartagena in 1610. He spent much of his time ministering to thousands of captive slaves held in cages and chained along Cartagena’s seaport and in the slave market itself. To these outcasts—the lowest of the low—he would bring food and medicine and bandages to treat wounds, and preach the word of God.

As Pope Francis said in his address, San Pedro Claver “. . . often ministered to these slaves simply through evangelizing gestures,” gestures that would transcend the language barrier. These slaves knew no Spanish and San Pedro Claver couldn’t speak their languages but “. . . he knew that the language of charity and mercy was understood by all. Indeed, charity helps us to know the truth, and truth calls for acts of kindness.”

And that message of kindness is the notion that will stick with Cartagenans long after The Pope has returned to Rome.