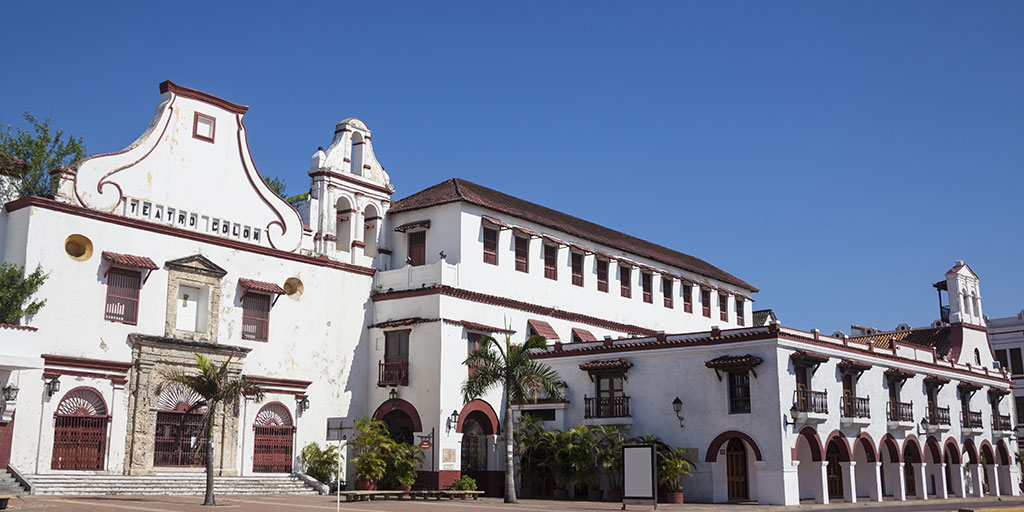 During the 16th and 17th centuries, Cartagena, Colombia was one of the most important ports in the Spanish Empire, funneling slave labor into the new world and riches (gold and emeralds, tobacco, sugar cane, and coffee beans) out. As such, the port of Cartagena, Colombia, (founded in 1533) became home to some of the best examples of Spanish Colonial architecture in the Caribbean. In fact, the historic Walled City was declared a World Heritage Site in 1984 precisely because so many of these beautiful Spanish colonial homes in Cartagena have been expertly preserved.

The cities built in the later years of this expansionary period—of which Cartagena is a prime example—were well organized, well planned and built on a grid system. They adhered to what the Spanish called The Laws of the Indies: a set of guidelines dictating where and how settlements should be structured to accommodate trade and defense. These regulations specified everything—the width of the streets, the placement of the central square, the location and dimensions of important buildings like churches and cathedrals, and even the architecture of publicly owned houses.

Spanish Colonial Houses–Elegance and Simplicity with Splashes of Grandeur

Spanish Colonial style is usually considered a simplified version of Baroque. Colonists used the local materials (wood, adobe, and stone) to create styles that would have been familiar to any European–arches, terraced roofs (often with outdoor living areas atop them), inner courtyards, and imposing facades.

Because excessive ornamentation was costly, the style remained somewhat austere in places like Colombia and the Caribbean while central capitals like Mexico City exploded in extravagant “Ultra Baroque” buildings. The exceptions to this rule were military, government, and religious buildings, all of which were made both extravagant and imposing as a physical representation of the might of the Spanish Empire and the Catholic Church.