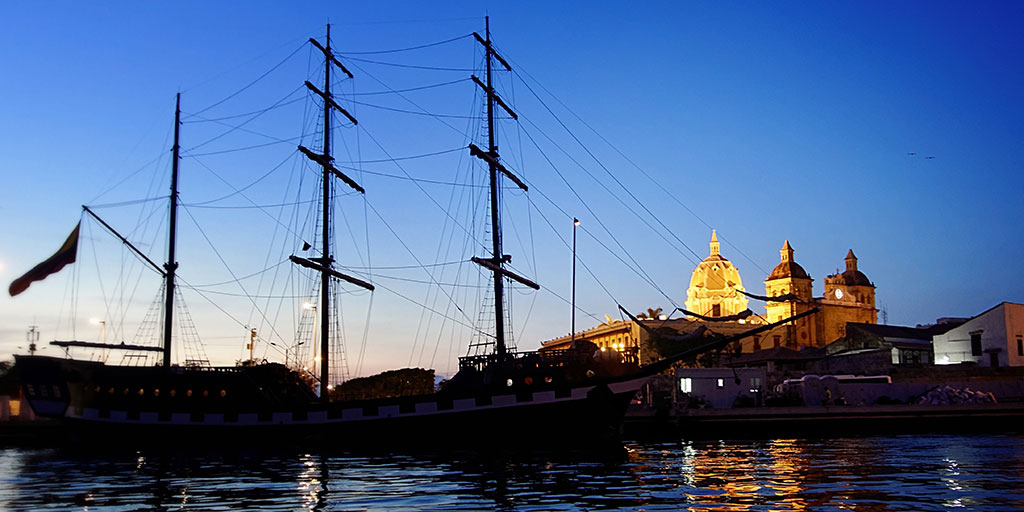 Pedro de Heredia, the founding father of Cartagena, Colombia, was a controversial historical character with a colorful background and a tendency to rub his contemporaries the wrong way. Regardless, no one can argue the lasting impression he left on Colombia, the Caribbean, and the world in general.

Pedro de Heredia was born in Madrid around 1505 to a wealthy family with ties to nobility. However, Heredia was no gentleman. Historians have called this future Conquistador “adventurous” and “quarrelsome,” which may be understatements. Indeed, he was forced to flee Spain for the New World after murdering three men.
The men had previously attempted to assassinate him but Heredia still feared for his life. He escaped to Hispaniola with his brother where he inherited a sugar mill and entered the turbulent world of colonial politics. As lieutenant to the corrupt governor of the Azua Province, Heredia no doubt had his hand in dirty politics (which eventually caught up to the governor) but managed to avoid the worst of the fallout and fled back to Spain.

Pedro de Heredia and the Founding of Cartagena

Heredia gave up on petty politics and refashioned himself as a Conquistador. He petitioned the crown and was granted dominion over a territory that spanned virtually all of modern Colombia and half of Ecuador. He gathered three ships, 150 men, and 22 horses and set out to stake his claim.

After staging his forces on Santo Domingo, Pedro de Heredia launched his offensive against the native peoples of the Bay of Cartagena. He sailed across the Caribbean Sea and landed at Calamari on January 14 1533. The Turbaco tribe attempted to defend their lands but Pedro de Heredia pushed back. Less than a week later (perhaps on the 20th or 21st of January) established the Spanish outpost that would grow into the city of Cartagena de Indias.

Heredia would mount many expeditions into the heart of Colombia in his lifetime but his most successful foes were jealous rivals. Amid accusations that he was excessively cruel to the native peoples and that he had orchestrated several shady real estate deals, Pedro de Heredia was deposed as governor of Cartagena and taken prisoner to face charges in Spain.

This time Heredia was acquitted of the charges and reinstated but his opponents would not leave him alone.

In 1544, Pedro de Heredia was once again recalled to Spain to face charges stemming from alleged abuse of power. He would never make landfall. The ship on which he travelled mysteriously sunk within sight of Cadiz. His body was never recovered.

Despite the controversy surrounding this colorful historic character, there can be no doubt about his contribution to the Spanish Empire and to modern Colombia. Cartagena—the city he carved out of the Caribbean coastline—became one of the most powerful and wealthy Spanish settlements in South America. This wealth created a city that outlasted the Empire itself and became the melting pot of cultures—Colombian, African, Spanish, Caribbean—that it is today.