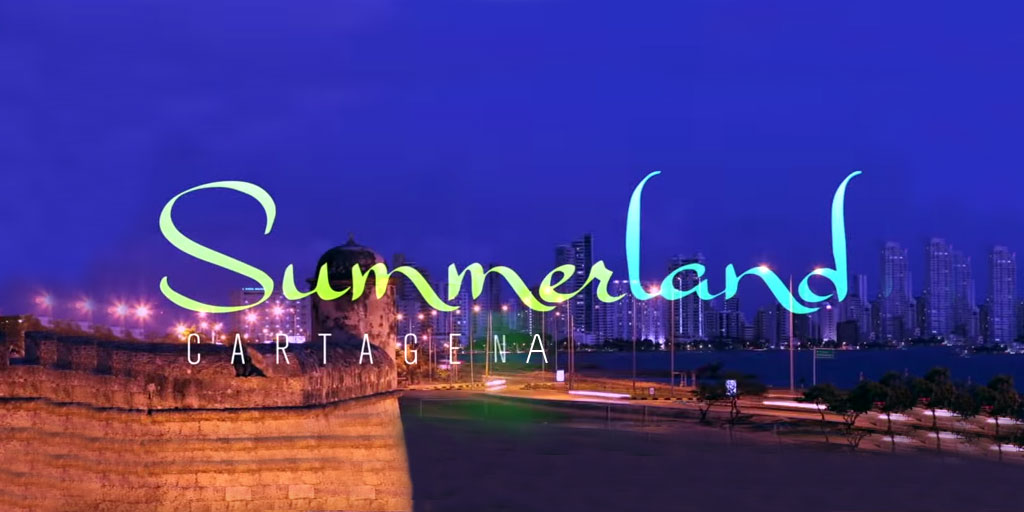 The Summerland Dance Festival in Cartagena is a World-Class rave on the beach: 30,000 plus of gorgeous bodies writhing under the stars as some of the best music in the world washes over them! Every January this near-endless parade of parties and amazing musical acts descends upon Cartagena for three long days and nights of non-stop action. This high-energy gathering draws nearly 30 thousand people every year and every year the crowd keeps getting bigger.

This isn’t your grandfather’s salsa music. The Summerland Dance Festival brings some of the hottest DJs anywhere to the stage to pump out the best electronic music in the world. The beats rise and swell above a teaming crowd of beautifully bronzed bodies wearing next-to-nothing as they grind until the morning light. Laser lights flash into the Caribbean’s night sky as friends and complete strangers come together in a trance-like embrace. Unforgettable memories will be made here and you don’t want to miss out.

The lineup for the 2016 party hasn’t been announced yet but don’t let that curb your enthusiasm. Previous act have included Deadmau5, David Guetta, Swedish House Mafia, Armin van Buuren, Steve Akoi and more. Plus you can discover some of the best up-and-coming acts as they take the stage to warm everyone up for the heavy hitters.

This is your chance to experience some of the best music anywhere live as artists from around the globe showcase their amazing skills under the stars in a tropical paradise. How could it get any better?

In addition to the main attraction (the music, of course) you’ll find:

Get the day started right then hit the open-air venue for the music. When the lights dim you can carry the party on until dawn (if you’ve got anything left in the tank) before you do it all over again.

Things You Should Know About the Summerland Dance Festival in Cartagena

Here are a few things you should know to make your experience at Cartagena’s Summerland Dance Festival unforgettable:

• Ticket prices increase as you get closer to the experience—and they can get a little pricey.
• Buy your tickets soon to get the best prices and best locations.
• These prices don’t include transportation to and from the venues (you’ll have to work that out ahead of time).
• Your admission to the music does not grant you admission to any of the private parties going on in and around the venue.
• If you want a more VIP experience, certain vendors offer exclusive areas with VIP table service.
• Book your accommodations far in advance (at least 5 months) in order to ensure you have a place to lay your head between the electronic bliss.
• Leave your inhibitions at home (but play it safe and smart).

The 2019 Cartagena International Music Festival For the…