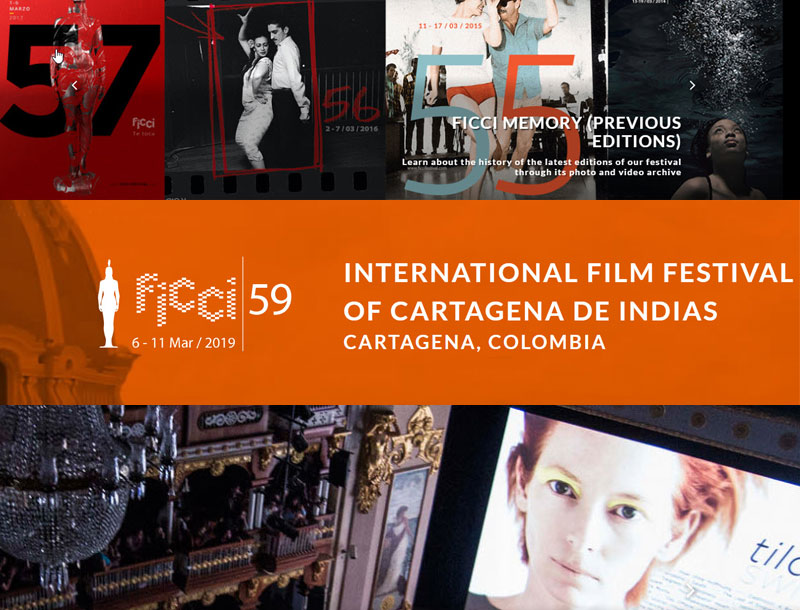 Planning for the 59th iteration of the Cartagena de Indias International Film Festival (FICCI) 59 is picking up steam. Judges are accepting entrants into the festival until December of this year (2018) and the creative team in charge of this year’s hottest international festival in Cartagena is arranging special guests, contacting amazing directors from all over the world, and plotting unforgettable conversations with industry insiders all for your enjoyment.

The festival was created in 1960 and for the past 58 years has imbibed the creative and artistic community within Cartagena and Colombia as a whole with enthusiasm, excitement, and resources in order to make Colombian cinema better than ever.

While the main focus of the festival are films presented from acclaimed and up-and-coming directorial teams (many from Colombia and other parts of South America) there are also amazing opportunities for young film makers to learn from some of the greats in the industry as well as opportunities for fans to meet some of their favorite directors, actors/actresses, and industry icons.

Past guests have included:

This year’s festival will see Colombian director and cultural manager Felipe Aljure assume the role of Artistic Director of the Cartagena de Indias International Film Festival.
Aljure is one of the most important figures in Colombian cinema with over three decades of historic work under his belt. His directorial debut (La Gente de La Universal) possessed such unique narrative tools that it quickly became a cult hit and is regarded as one of the best feature films ever created by a Colombian director.

It’s too early to see just what sort of surprises Aljure has in mind for Cartagena de Indias International Film Festival (FICCI) 59 but you can bet that with such an impressive mind at the helm this upcoming festival will be one you don’t want to miss.

Cartagena de Indias International Film Festival (FICCI) 59 will take place between March 6th and March 11th of next year (2019). There will be events related to the festival all throughout Cartagena with films screening in multiple locations as well as performances, talks, and educational experiences throughout the city.

Our Vacation Homes Let You Live Like a Film Star

All of our luxury vacation rental homes in Cartagena are gorgeously equipped, possess magnetic Caribbean charm, and feature all of the upscale amenities you’d expect from a quality hotel but offer the privacy and intimacy you can’t find anywhere else. You get:

Contact us today to reserve your private vacation home in Cartagena for Cartagena de Indias International Film Festival 59 and vacation like a movie star.