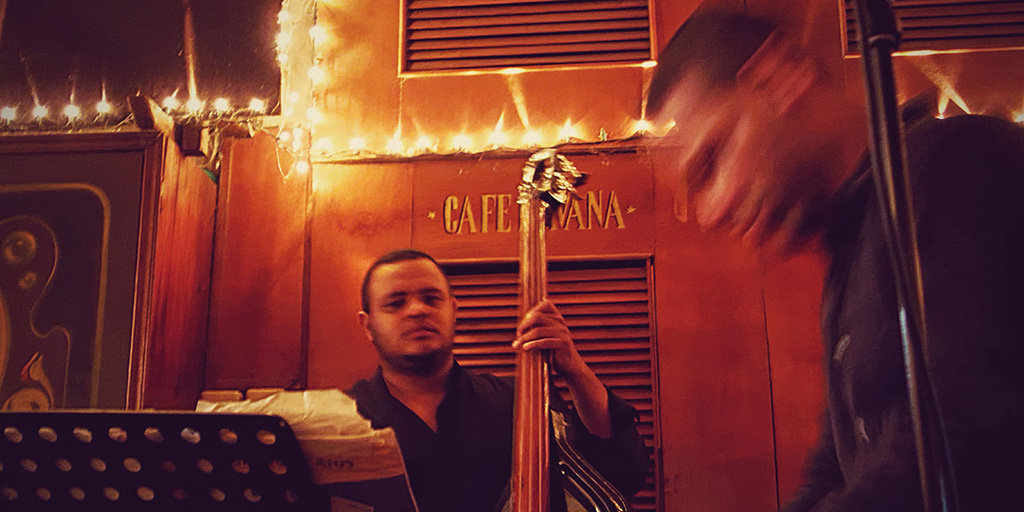 Who would have thought a Cuban-themed nightclub owned by a traveling Spaniard would be one of the hottest nightclubs in Cartagena? It’s true. Locals and visitors alike are drawn to the tasty cocktails and the authentic sounds of live salsa bands from Thursday night right through the weekend at Café Havana.

Café Havana is probably the most-well known nightclub in Cartagena’s Getsemani neighborhood—the city’s cultural heart (which beats to Latin music 24/7). Getsemani is just across the bridge from the old Walled City—a few minutes’ walk from the historic heart of Cartagena—and is where everyone goes after the sun goes down. Once run down and overlooked, Getsemani has quickly become the entertainment district in Cartagena with dozens of nightclubs blasting salsa music into the night, boutique eateries filling the air with enticing scents guaranteed to make your tummy rumble, and art exhibitions (inside unique galleries and right on the street).

Strangely enough, Café Havana’s tale closely mirror’s Getsemani’s own. Once a dilapidate warehouse, the building has been reborn as a destination location which even draws visiting dignitaries like former U.S. Secretary of State Hilary Clinton. While the walls are sparse, they’re gilded with black and white photos of Salsa’s iconic greats and the dancefloor (still uneven in places) is hardly ever empty.

From the minute the doors open until the band plays their final tune at three in the morning Café Havana is jumping with near wall-to-wall energy. Combining killer cocktails (such as the Mojito de Maracuyá) with authentic salsa from the local house band and internationally renowned musicians, Café Havana is a nightclub unlike any other anywhere else in the world. That’s why travelers from other parts of Colombia and beyond are drawn to Café Havana nightly.

A Few Tips for Enjoying Your Night at Café Havana

Here are some tips to make your visit to Getsemani and Café Havana go smoothly.

Arrive Early: The club can get crowded (sometimes very much so) so arrive early when you can.

Avoid the Weekend: Saturday night the club is standing room only. Try Thursday nights for a more relaxed atmosphere. And don’t forget to check Café Havana’s website often. The venue is available for rent and private parties sometimes (not often) do book the entire club.

Plan Your Cocktails Accordingly: While the cover charge is minimal (about $8 US) and the drinks relatively affordable, the wait staff can sometimes get overwhelmed by the club’s popularity. Plan accordingly and order your next drink before you’ve finished the first.

Enjoy the Journey: Don’t miss the rest of Getsemani along the way. Leave early enough to see a little of this exceptionally vibrant and growing neighborhood (and maybe taste some of the other tempting treats on offer) before ending your night—or beginning your morning—at Café Havana.

Take in the culture and let the authentic energy of Café Havana work its way into your bones—you’ll be dancing salsa before you know it!

Our Favorite Restaurants in Cartagena Looking for the…

Harry Sasson Restaurant in Cartagena Tucked away inside…